Hi.  My name is Giuseppe. I am an experienced tour guide with a background and qualifications in archaeology, history, history of art and literature as well as being fluent in several major European languages. My family has arranged private tours for three generations over a period of 50 years to Pompeii and all the museums, archaeological sites, and churches of the Campania region, one of the most fascinating areas of southern Italy, full of history, archaeology, natural beauty and certainly one of the most famous parts of Italy. I was born in Lacco Ameno, on the island of Ischia in the Bay of Naples.
I attended the local high school and then continued my studies in literature and philosophy in Naples, Berlin, Oxford, Cambridge, and at the University of Salerno, receiving my doctorate in 1998 for a thesis about The Mystery of the Light in Caravaggio's Art.
I speak fluent English having attended Westminster College in Oxford 1986, 1987; the Continental School of English in Bournemouth 1991; Trinity College, Cambridge 2005 - 2006 – 2007 and Hampstead, London 2008 and 2009.
During the wintertime I have a part-time job as a University researcher in Naples and since qualifying in 2004 under Italian Government regulations, I’ve been working as a guide.  I prefer to work independently with small private groups or in cooperation with a few good friends and colleagues. Through my work I have also appreciated the opportunity to know people from all over the world and to share my great love for this area, and the whole Italy in general, with them. When I meet an individual, a family or a group of visitors for a tour, I try to understand straightaway the main focus of the visit and to take into account any specific request and requirement.
Depending on the type of the tour a person will book; there could be many reasons for having a private guide. Some visitors could just be interested in an overall view of the area while others might prefer more detailed information.

My aim is to try to satisfy everyone’s needs, to make your tour an unforgettable experience. As Professor of Art, well-known in Italy, in 1998 I spent my time giving art lectures in Italy and abroad.

In addition to this, I have published a number of historical and art articles and essays about Pompeii and Naples. It is for this reason  I decided to guide tours to these archaeological sites; according to individual interests, my tour of Pompeii could be the classical 2 hours tour, or 3 hours tour or more if you wish.
I can organise the tour so that you can visit some of the special houses which are often closed to the public, or I could also book them for you via internet, such as the House of the Menander, the Suburban Baths etc. The main house closed to the public is the House of the Menander, certainly one of the largest and richest dwellings on the site, the Suburban Baths situated just outside the city walls, with the famous erotic paintings, the House of the Gilded Cupids, and soon the House of the Chaste lovers, where one can also see today’s archaeologists at work.
As to the visit to Herculaneum, as well as the tour, since July 2009 it has been possible to visit the carbonized boat pavilion during the weekend, so called after the excellent preserved remains of a fishing boat which was found down on the ancient beach level, together with the bodies of 300 people who had taken refuge in the boat shelters of the port, and many other interesting artefacts. Besides these two very famous sites, I also organize tours of the National Archaeological Museum in Naples where some of the best mosaics from Pompeii, frescoes and statues from the Vesuvian area are preserved.
Together with these ''must see'' sites, there is an other important archaeological area that is to say the neapolitan area. In fact it is particularly rich in history and more. For people who  prefer quieter, though still fascinating sites, there’s the Boscoreale Museum, Oplontis, and the Villas of Stabiae.
The area around  Naples is full of other attractions such as the northern part of the Bay with the Greek remains of Cuma and the Sybil’s cave, the amphitheatre at Pozzuoli and the imperial baths of Baia, and many other minor sites could be part of half a day or full day tour. Together with  my academic and vocational qualifications, with my deep knowledge and love for Campania, I like to think of myself as a new 21st century Virgil, the poet who can reveal the mysteries and the delights of "Campania Felix". 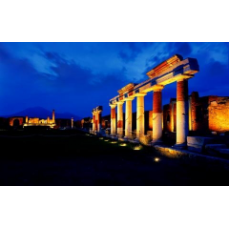 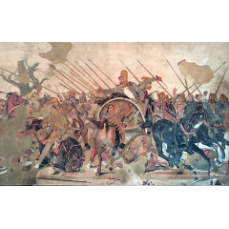